Have you ever noticed how many protagonists in film and literature are orphans or otherwise without a family? From Oliver Twist to Harry Potter, writers have used the family dynamic as a disadvantage for a long, long time, as a way to build a subconscious, pre-developed handicap that affords the characters a type of pity and sympathy, to get you on their side from the start.

One of the most important ingredients in any story is a relatable character, a character the readers will care about, to get their mirror neurons firing, as a way to get you to see some part of yourself in the characters. And by putting them through great adversity, it only further brings you over to their side. It’s interesting, the more you see someone suffer, if you’re not a sociopath, the more you want to see them prevail. And even, sometimes, you may want to see a villain prevail, a character that should probably be condemned – because you understand their motivations and relate to them. For good or ill.

In Kubrick’s film adaptation of Anthony Burgess’s novel ‘A Clockwork Orange’ – for the first half of the film, the anti-hero Alex is an irredeemable murderer and rapist (with surprisingly good taste in music) and yet, after his conditioning and subsequent torture, you come round to his side, or at least to a side that doesn’t want to see his continued suffering. This taps into what I think most (again, non-sociopathic) people have – a projection mirror – something we use to view ourselves as other people, putting ourselves in the story as their stand-in, trying to feel out how we might react in similar situations. It’s similar to a power fantasy, as it lets us admire ourselves by the recognition of our virtue by proxy.

This works in storytelling because it taps into our desires, desires formed by weakness, the sense of being less than, the passion and desperation to be more than we are, to get beyond our limitations and triumph in the end. In a character journey, the second act is usually when they’re brought to their lowest, being pummeled by forces beyond their control, beaten relentlessly, beaten until you feel like you’re struggling with them. This makes their eventual triumph all the more satisfying. Because we get to feel, if we can relate, some sense of triumph too. We go through their arc with them, from their lowest to their peak, and in those moments, in the best of stories, we may feel victorious too.

You could say the same for villains, as our relationship with villainy is equally complex, in the way we relate to them, and our perverse attraction to the macabre, to the extremes of love and violence. And evil.

What comes to mind when you think about evil? Hitler? Stalin? An obvious monster in the past? What comes to mind when you think of something that scares you? The dark? Car wrecks or serial killers? Dying? I don’t think that’s an incorrect response. But for me, I’ve always thought that the less obvious danger is more terrifying than something that advertises itself, and that undercurrent of fear that imbues every single moment with tension, that troubles me more than demons. The monsters that blend in with saints are scarier than fangs and horns and the monsters of our mythology and imagination. But we’re drawn to monsters, to villains. Villains we recognize, like Jack Torrance from The Shining – these characters can be terrifying in ways that vampires and zombies never will be. Because we know victims of domestic abuse, and alcoholism. And people with extreme cases of writers block.

What makes Jack a good villain, I think, is our ability to emphasize with his struggle, and, shamefully, our ability recognize some part of ourselves in them.

To contrast these types of villains – the obvious monster and the more subtle villain – Look at the Harry Potter series. Who’s the bad guy? Voldemort, assholes. That’s who (must not be named). He’s irredeemably evil and selfish  and would be the most terrifying character in the series to piss off.

But was he the most hated character? Let’s look back at the 5th movie/book in the series, Harry Potter and the Order of the Phoenix. Over the course of that one book, Voldemort uses what is basically mind control to manipulate Harry into retrieving a prophecy from the ministry of magic. It’s like a government building off limit to non-government officials. Now, how do you manipulate a child into breaking into the Pentagon and stealing classified prophecies? You plant delusions in their dreams. That’s what that noseless fucker did.

Think about what this implies: when this villain wants you to do something, he can make you do it – through fear and torture and hypnosis, and he does it so well that he tricks Harry into traveling hundreds of kilometers, from Hogwarts to London, in the night, to save someone who is not really in danger, someone who only becomes endangered because of Harry’s ‘saving people complex’ – some that hermione flat out tells him, knowing that if Voldemort wanted to manipulate him, that’s how he’d do it. And he does it. Harry arrives at the ministry with the rest of Dumbledore’s Army only to be ambushed by death eaters immediately.

Sirius is killed in the ensuing fight, Harry only survives because Dumbledore arrives in time, is briefly possessed by an evil sorcerer who’s using a torture curse on him. Harry loses his one link to a possible family. He loses someone he loves, someone who loves him, and yet, who do you hate more? Yes, more than Voldemort. Think pink.

Yep, I hate everything about this bitch. First, she uses torture as a means of punishment, and probably wouldn’t hesitate to hurt someone. But would she murder a child? Probably not. Yes, she tries to kick Professor Trelawney out of Hogwart’s for being absolute shit at her job. And that’s terrible, obviously. But at the beginning of The Deathly Hallows, Voldemort feeds the Muggle Studies Professor (Professor Charity Burbage) to a fucking snake… In front of guests! At the dinner table, no less! And still, despite all of that, who is it easier to hate?

What gives? Obviously she wasn’t as bad as Voldemort, as he was a mass murderer, a sadist, someone very much willing to torture and even kill children. He kills his father, his grandfather, his grandmother, and his uncle and grandparents on his mother’s side. He kills a flirtatious lady just to take her cup. Murder! Murder for a cup! And yet, most of us are so far removed from such monsters that an evil like that is not something we can understand. But a browbeating authoritarian, strictly adhering to rules and seeking to impose her idea of order – that we recognize. That’s something we understand, and that’s why we find it impossible not to hate her character –  we’ve encountered it in our own lives.

Villains like Voldemort, and Sauron from The Lord of the Rings, the Wicked Witch of the West from The Wizard of Oz, The Emperor from Star Wars, they may scare us as children. But it’s harder to hate them because of their lack of humanity. But assholes like Umbridge, we hate them because we know them. I’ve never been attacked by a magical Hitler or a pissed off eyeball, but I’ve been given detention for absolute bullshit by a brow-beating asshole. 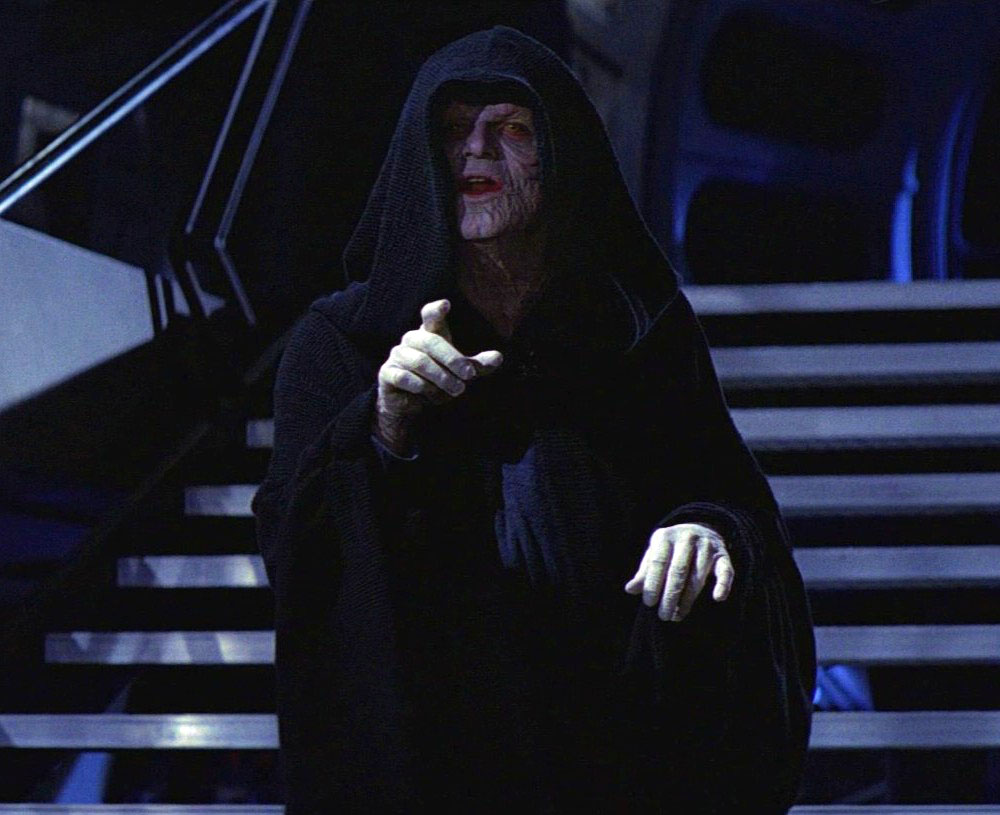 If lightsabers existed, I’d be in Azkaban. If it existed.

Game of the Day with Instructive Endgame

Game of the Month